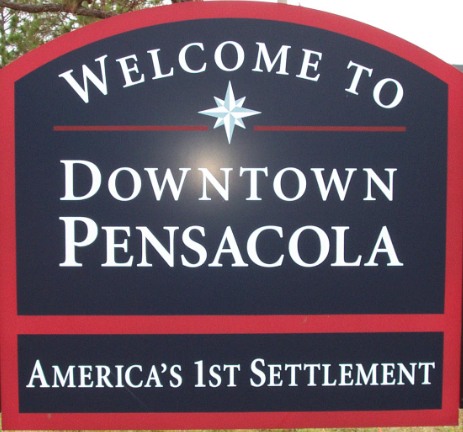 Over the course of its history, Pensacola has been ruled by the British, the Spanish, the French, the Confederacy, and the United States; hence, its nickname of “The City of Five Flags.” Historic Pensacola Village exhibits the city’s story through guided walking tours. Meanwhile, the downtown area offers art galleries, restaurants and cultural venues. Pensacola’s beaches are a must-see, with their white sands and gorgeous waters. In addition, when it comes to cities high on aviation, this Northwest Florida city is Top Gun.? ?Not only is Pensacola the place where all naval pilots train; it also is home to the impressive National Naval Aviation Museum and the Blue Angels Naval aerobatics team.? So . . . look up. You never know what you might see here in Pensacola. via Visist Florida